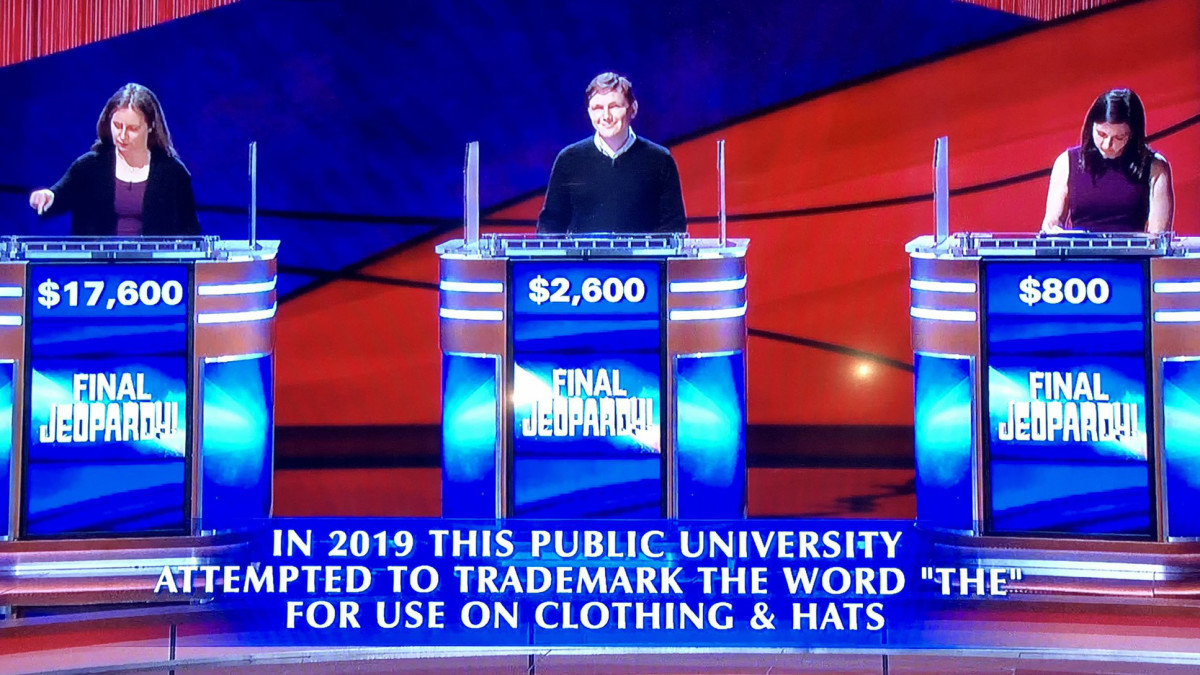 “In 2019, this public university attempted to file the word ‘the’ for use on clothing and hats.”

The answer, of course, is Ohio State University, which had its initial attempt turned down because fashion company Marc Jacobs also attempted to file the word with the US Patent and Trademark Office that same year.

The Buckeyes have used the word clothing widely since at least 2005, while Marc Jacobs has notably placed it on underwear, jackets, backpacks, handbags and everything in between. Since filming the episode, however, the two sides have come to an agreement that will allow the two to use the word on their products until the USPTO issues a new ruling.

The three competitors, including the champion Courtney shah, an instructor at a community college in Portland, Oregon, had the correct answer. That brought his seven-day total to $ 118,558.

Gene Smith, Ohio State plans to have a full stadium with tailgating this fall

2022 Georgia WR Kojo Antwi commits to the state of Ohio

Make sure you stay locked in BuckeyesNow all the time!