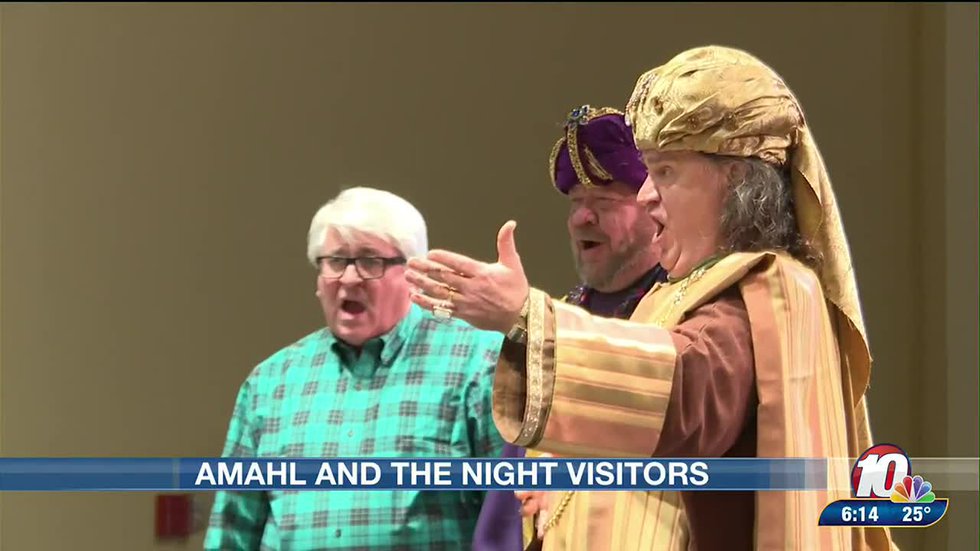 MINOT, ND – Many of us know the biblical story of the Three Kings who travel far and wide, follow a star, and end up visiting baby Jesus.

It is a story often told and adopted at this time of year.

This weekend, the Minot Symphony Orchestra is teaming up with opera performers, local and across the country, to tell the story of a unique encounter the Magi had on their journey.

Joe Skurzewski met the performers during their dress rehearsal for Amahl and the Night Visitors.

Performers from Magic City and across the United States prepare to bring the story of “Amahl and the Night Visitors” to life on the Minot State Campus.

â€œWe brought in some wonderful singers from Minneapolis and Pittsburgh for The Mother and King Melchior, and it’s just a real Christmas treat,â€ said Eric Furuseth, who plays ‘Balthasar’.

Furuseth is joined by Ken Bowles and Philip Zawisza as the Three Kings.

â€œIt was a pretty magical experience, I think coming to Minot. This is my first Melchior. I’m really excited to play gone of the kings. As mages you don’t do this very often, â€Zawisza said.

But perhaps the biggest star of the show is the Minot State student and Minot’s own Megan Klebe, who plays Amahl, a curious young boy and namesake of the story.

She says she rehearsed her lines all semester and the seasoned performers trained her through the process.

â€œWorking with Philip and Raquel is amazing. I’ve never really done opera before, but they just took me under their wing so easily, so everything went really well for me,â€ Klebe said.

“It’s such a touching story that goes far beyond the story of the Magi, the King and the Child. It’s so deep the relationship between mother and son, and hope,” said declared Winnica Young.

A story that challenges our assumptions, and perhaps also teaches the viewer.

â€œWe go into this thought that Amahl is going to learn something, learn a lesson, but in reality Amahl is the one who teaches everyone a lesson throughout the story, and that is really his coming-of-age story. adulthood, â€Klebe said.

Put the magi in the magic city, for a secular history.

The symphony is performed under the direction of Efrain Amaya.

The show will also feature the Western Plains Opera, the Rinat Mouzafarov Institute of Dance and Ballet and the Minot High School Choir.

The performance is this Saturday evening at 7:30 p.m. in the Ann Nicole Nelson room.

You can read more about the tickets here.