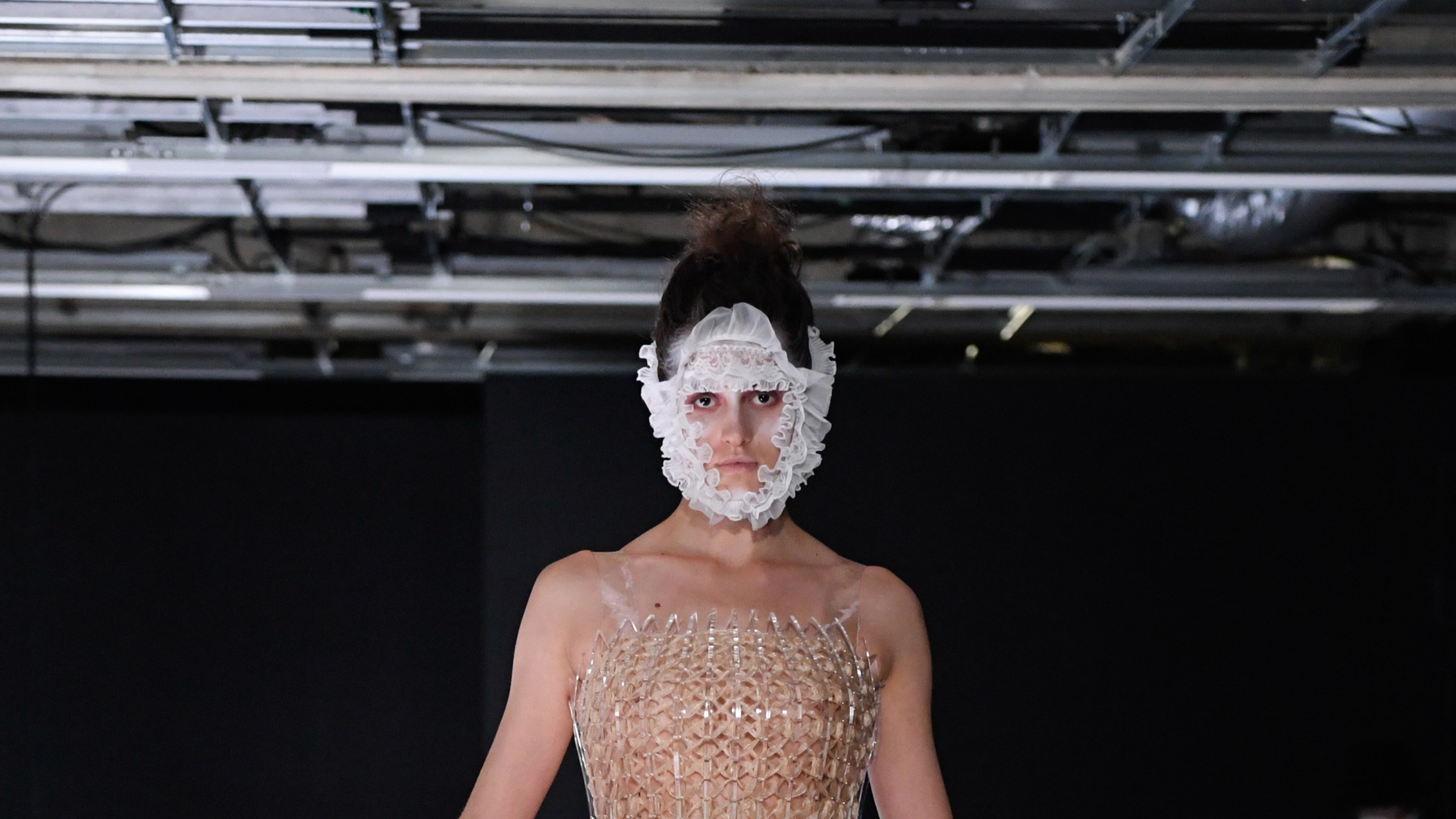 “For this collection, black is expressed through shadows,” Kei Ninomiya said in his notes. “I wanted to express the fleeting strength and beauty of the things around us even though we can’t see them clearly.” The show took place in Aoyama, Tokyo, at the headquarters of Commes des Garçons, many thanks to my colleague Saori Masuda from Vogue Japan who was in the room, and who responded by email: “The mood was very light, in a good way, with a good, positive vibe.”

Ninomiya once experimented with non-black colors, most often via brilliant worn botanical installations that were absent today. Instead, he expressed his notion of the shadow of black by creating a series of pieces in beige. The idea of ​​something casting a shade paler than itself involved some sort of reverse polarity, and the paler procession of pieces indeed mostly covered the still stunning territory we’ve seen Ninomiya explore before. Sometimes, like in Look 15, they were also looking to innovate for Noir.

Two other novelties were the use of woven hemp in wearable structures adjacent to the rope and the first written mark, beyond the garment label itself, that I have ever seen on Noir’s clothing. The brand name was used to make white on black stripes and checks, which was quite thin on the pants, shirts and shorts for cycling. However, when applied to a more sculptural piece, like Look 9, this mark looks quite alien; Who else could this dress be for besides Ninomiya?