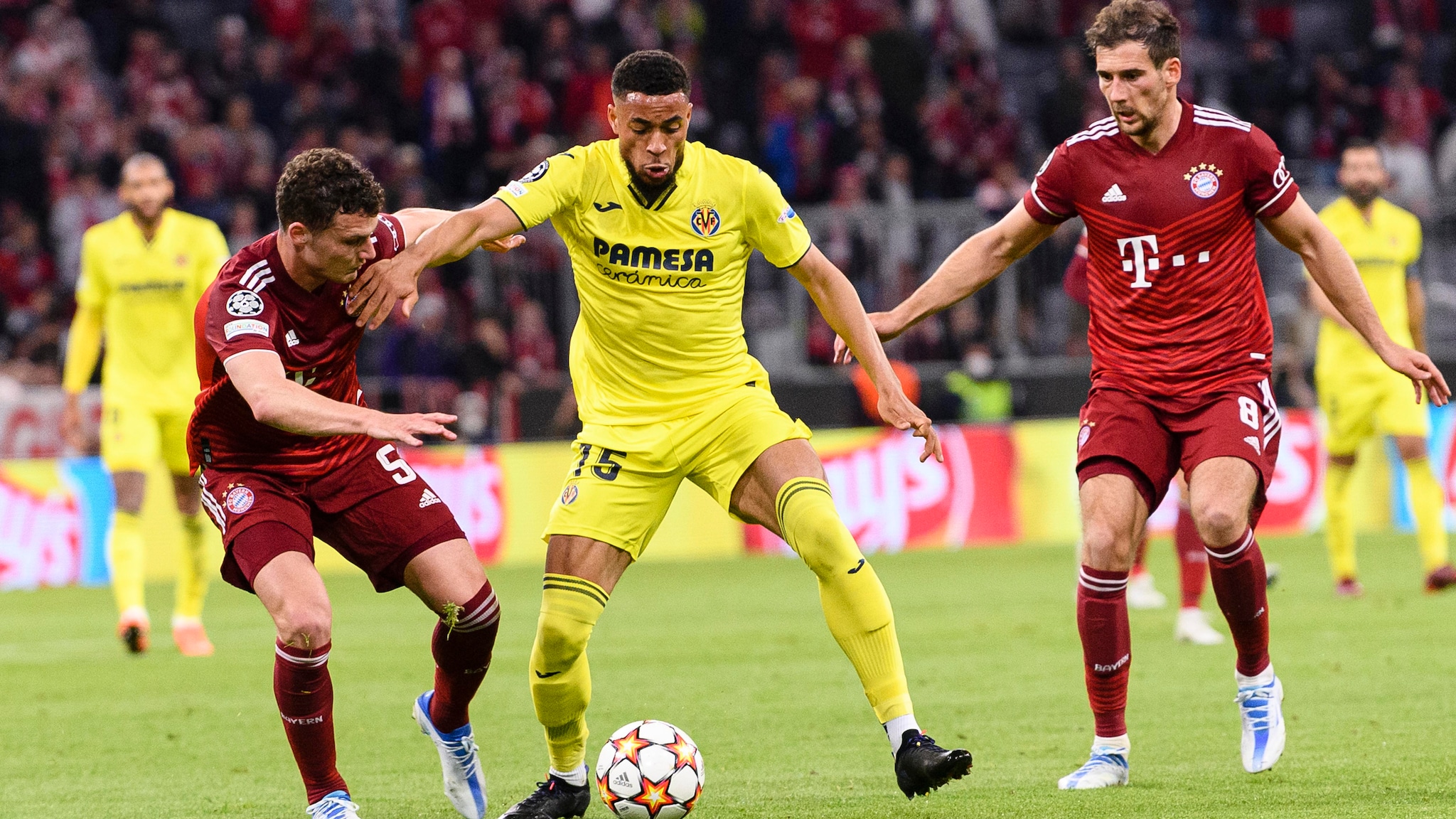 Villarreal qualified for their second UEFA Champions League semi-final, 16 years after their first, with impressive discipline and organization against Bayern München on Tuesday.

For manager Unai Emery it was another feather in the hat after their round of 16 win over Juventus and it leaves the UEFA Europa League holders one step away from their first Champions League final. In this article presented by Fedex, the panel of UEFA technical observers analyzes a success built on solid defensive foundations.

1-0: Robert Lewandowski (52)
Lewandowski’s 13th and final goal of this Champions League campaign followed a misplaced pass from Dani Parejo under pressure as he looked to play from behind. Kingsley Coman intercepted the ball and Bayern changed the game with lightning speed, Leon Goretzka playing a quick pass to Thomas Müller, who launched Lewandowski for a low shot from the edge of the box that landed on a post .

1-1: Samu Chukwueze (88)
At fault for Bayern’s goal, Parejo showed excellent vision as he turned away from the pressure and opted for Giovani Lo Celso, who carried the ball halfway and fed Gerard Moreno with a pass behind the centre-back of Bayern Dayot Upamecano. Played by substitute Alphonso Davies, Moreno spotted Chukwueze’s run and played a diagonal ball past Davies to the far post, where the Nigerian, with a left-footed strike, collected the ball from Manuel Neuer. It was Villarreal’s only shot on target.

The Villarreal skipper won Player of the Match honors for his excellence in the heart of the Spanish defence. UEFA’s technical observer panel said: “He showed great leadership on the pitch, a real role model. He was very strong in the air and one-on-one. He read the game intelligently.”

After putting his side in a 4-2-3-1 in the first leg, home manager Julian Nagelsmann returned to the 3-2-4-1 he displayed in the home win in the Round of 16 against Salzburg. That meant a back three of Benjamin Pavard (No5), Upamecano (No2) and Lucas Hernández (No21) who kept a high line and built up play with the support of one or both central midfielders, Joshua Kimmich (No6 ) and Goretzka (No8). Ahead of them were five forwards: Coman (No11) and Leroy Sané (No10) on the wings, Müller (No25) and Jamal Musiala (No42) operating inside behind Lewandowski (No9).

Facing Villarreal’s deep defensive block, the Bavarian side looked for width in Coman and Sané (who provided seven crosses each), while Müller and Musiala worked between the lines and Lewandowski, or an attacking midfielder, tried to immobilize the centre-backs. The objective was to get behind the Villarreal defence, whether via an overload on the flanks, a change of play (for example from one of the centre-backs to Sané as seen in the video above) or a direct pass from the back line to the front.

The visitors used the same 4-4-2 system and starting XI as in the first leg, and they benefited from a solid base, starting with a goalkeeper, Gerónimo Rulli (No13), who exuded a sense of security , plus a rear four guided by the experienced captain Albiol (n°3). Ahead of them were two central midfielders, Étienne Capoue (No6) and Parejo (No5), tasked with closing up spaces in central areas. Of this pair, Capoue focused on his defensive duties while Parejo provided the defenders with an outlet.

Villarreal had Lo Celso (No17) and Francis Coquelin (No19) on the field and, in front, Gerard Moreno (No7), who evolved around Arnaut Danjuma (No15). It was mostly the collective defensive effort that caught the eye, and the second clip of the video shows how Lo Celso occasionally fell back alongside right-back Juan Foyth (No8) to form a back five.

Villarreal’s display bore the imprint of Emery’s work in instilling clearly recognizable principles in defense and attack, including a well-oiled offside trap. As the video illustrates, they kept a deep, compact block out of possession, looking to close down central passing lanes with excellent movement within their team structure. Their transition play was another feature – both quick transitions into defense or, as the first sequence highlights, fast counter-attacks via vertical or diagonal passes.

At the back, Albiol played a central role through his leadership, his reading of the game and his ability to anticipate. Indeed, along with Benfica’s Jan Vertonghen, he made the most clearances in this week’s return matches (13). It wasn’t just him: Capoue (ten) and Pau Torres (seven) were next on that list, as no other Champions League team has matched the collective tally of 48 clearances made by the Emery’s men.

Player of the match: highlights and reaction from Albiol

According to the UEFA Observer, “Emery deserves high praise because he made a clear game plan and passed it on to his team. Every player stuck to that plan and knew exactly what to do and what. expected of them.” This was manifested in the good positioning which deprived a Bayern side of space which struggled to create clear chances, especially in the first half. Although they had 24 shots, only four were on goal.

For Bayern, Coman put in a remarkable performance: with his 1-on-1 ability, he registered nine catches, the most in this week’s quarter-final games (with a success rate of 66.7%). When Coman stayed out, Sané sometimes dribbled inside in congested areas, although he hit four of his seven crosses – one of which provided Müller with a free header which he cleared away at the 71st minute.

Bayern stepped up their pressing game after the restart and that brought Lewandowski’s goal, which followed Coman’s interception. Thereafter, the German champions took more risks chasing a winner and, with their defenders high up the pitch, there was room for counter-attacks. Emery looked to take advantage by sending in Chukwueze and Alfonso Pedraza in the 84th minute to provide more speed and power on the counter. He was rewarded with Chukwueze’s decisive strike.

Julian Nagelsmann, Bayern coach: “The key was in the first leg. That’s where we lost the draw. We didn’t play well then; today we were very good. Tactically and in terms of intensity , it was one of our best games in recent months.

“We had a big chance in the first half with Jamal [Musiala]. In the second, we should have made it 2-0 thanks to Thomas [Müller]. She was a babysitter. You don’t get a lot. They defended in a very disciplined, very deep way. The only time they were able to break, we didn’t have our structure.”

Emery: “When you’re the hammer, you gotta hit”

Villarreal coach Unai Emery“It turned out to be a perfect game in defence. It’s the only way against teams with that devastating quality in attack.

“In these competitions, to be successful, you have to leave the big teams behind. The draw is always important, but to do anything, you have to beat the favourites. We have taken a step forward with Juventus and that has reaffirmed our ability and our belief.”